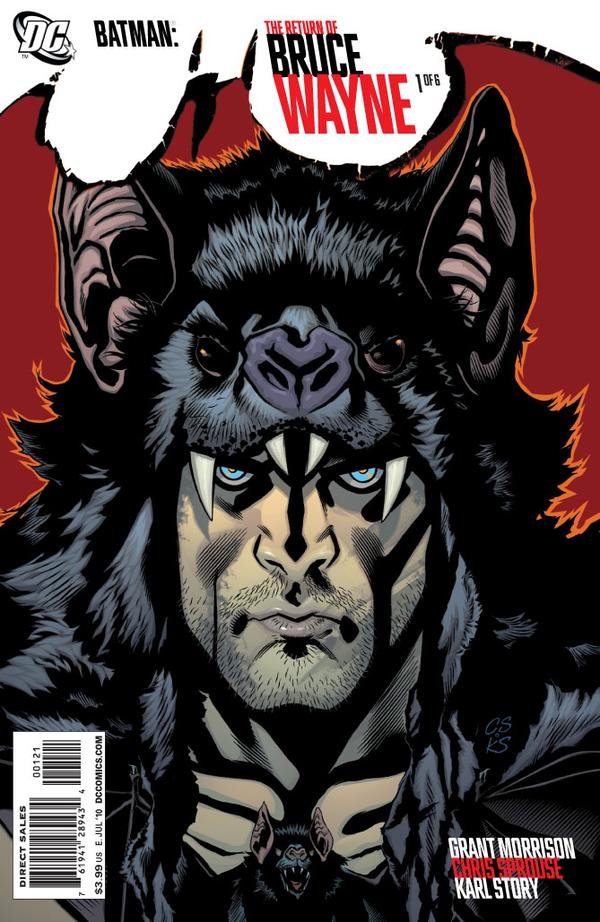 While preparing for a vision quest, a party from the Deer People discover the impossible - a flake of the sky. Identifying it as a Sky Cart of the Shining Ones, the group moves to visit Old Man, only to discover he is dead, and a strange man in black leggings with a yellow belt emerges from the cave in a flock of bats.

Discovering a set of markings made by the strange man, the group names him Man of Bats. Man finds a necklace in Old Man's possession which belonged to a woman of their family and vows it will not leave their family's possession. Boy takes Man of Bats belt to prevent him from running off, and because he thinks Man of Bats is a Shining One. Suddenly, the group is attacked by the Blood Tribe, and Man of Bats saves Boy but is captured, while everyone else dies.

Man of Bats and the Sky Cart are dragged back to the Blood Tribe encampment, where Chief Savage vows to eat Man of Bats alive in the morning. The stranger is tied down in the center of the encampment, next to the corpse of a giant bat. As he grows delirious, he remembers fragments of a mantra - superstition and criminals, symbols used against the cowardly, surrender to an ideal; A dark and terrible bat, to fight injustice. At this point, Boy returns, with a mask of ash and a shield with a bat on it. He frees Man of Bats and gives him the belt. From the belt, Man of Bats takes medicine and weapons, and prepares...

The next morning, Chief Savage emerges from his tent, to discover Man of Bats is gone. Suddenly, the stranger emerges upon them, fighting back with uncanny weaponry. Savage thinks the stranger is a magician, especially when he is weakened enough for Man of Bats and Boy of the Bat People to escape. As they escape over a waterfall, Man of Bats vanishes, leaving Boy to go on alone.

Later that day, there is a solar eclipse, and the men of the Blood Tribe take this as an omen against Chief Savage, casting him out. He vows revenge on them and runs away. Suddenly, light coalesces in the air, and four beings appear before the tribe. The one in blue says they were tracking Batman, but he has been transported forward in time by the Omega Effect. And while he is confident of the Batman's survival ability, they must find him - if Batman makes it to the present day via the Omega Effect, everyone dies.